To share your memory on the wall of B. Wayne Mortensen, sign in using one of the following options:

Provide comfort for the family by sending flowers or planting a tree in memory of B. Wayne Mortensen

Provide comfort for the family by sending flowers or planting a tree in memory of B. Wayne Mortensen

He is preceded-in death by his parents, siblings: Lila, Norman, Elma, Florence and Dolline; and grandson, Joseph. He is survived by his sister Zella (Darryl) Schramm; wife Yetta; daughter Gayle; and sons Ryan (Pamela), Branden (Trina) and Travis (Mallory); 5 grandsons and 6 granddaughters.

A viewing will be held March 8, 2021 from 9:30 -10:30 am at Parowan’s 3rd ward. A service will be held at 11:00 am. The interment will be at the Parowan City Cemetery Under the direction of Affordable Funeral Services. The family wishes to thank all medical personnel over the last few years who provided service to Wayne. Online condolences can be sent to affordablefuneralservices.com.
Read Less

To send flowers to the family or plant a tree in memory of B. Wayne Mortensen, please visit our Heartfelt Sympathies Store.

Receive notifications about information and event scheduling for B. Wayne

Receive text or email updates for B. Wayne

We encourage you to share your most beloved memories of B. Wayne here, so that the family and other loved ones can always see it. You can upload cherished photographs, or share your favorite stories, and can even comment on those shared by others.

Jeff and I just wanted to express how sorry we are for the loss of your Husband, Dad and Grandpa. Although we know that Wayne is finally free of his memory loss suffering and pain, we know that it is such a tender time for your family. We sure love the Mortensen family and are so grateful to have been next door neighbors. We have such great memories and so very happy I gave him many laughs, especially the ladder story! He never let me live that one down. We hope you can hold on to your fond family memories as you go through this difficult loss.

Posted Mar 05, 2021 at 11:36am
Dear Yetta, I am so sorry to hear about Wayne's passing. He was such a great man. I know he must be enjoying seeing Ray and Glenn and reminiscing over all the wonderful scouting adventures they shared together. Sending my love. Beverly Lewis
Comment Share
Share via:
BF

Posted Mar 04, 2021 at 09:06am
With loving memories of our uncle Wayne, we send all our love and affection to the family. Love the Romberger group. 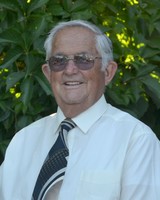