To share your memory on the wall of Carol Adair, sign in using one of the following options:

Print
Shirlee Carol Miles Adair passed away on September 3, 2020 at the age of 76. Carol was the daughter of Lorin Church and Elva Johnson Miles. She was born in Cedar City, Utah on November 2, 1943.

Carol dated Daniel George Haycock during h... Read More
Shirlee Carol Miles Adair passed away on September 3, 2020 at the age of 76. Carol was the daughter of Lorin Church and Elva Johnson Miles. She was born in Cedar City, Utah on November 2, 1943.

Carol dated Daniel George Haycock during high school and they were married on September 10, 1964 in the St. George, Utah Temple. After Dan’s death, she married Laurence Scott Adair on February 4, 1989. Carol is the mother of four children: Daniel Paul, Jodi Carol, Tera Celine, and Douglas Miles.

She attended school in Cedar City and graduated from Cedar High in 1962. After graduating high school, she pursued her passion by attending and graduating from Mary’s Career College of Cosmetology in Provo, Utah. She loved to cut and style hair and became a skilled beautician. She built a regular clientele in her own salon where she made many friends. Carol moved to Fredonia, Arizona in 1968 where she and Dan raised their family. She worked at the Fredonia High School for a short time in the library and at Duke's clothing store in Kanab, Utah prior to opening Carol’s Hair Salon.

Carol was an active member of The Church of Jesus Christ of Latter-Day Saints her entire life and served in various callings. She especially enjoyed working with the young women. She and Larry served in the Wisconsin Milwaukee Mission from 2001-2002. She later served for several years as a temple worker in the St. George Temple.

Carol’s greatest attribute was the love she expressed to her family and friends. She made genuine life-long friends by simply being there for others. She enjoyed being at home and visiting with her children and sisters on the phone. She liked watching a good movie and game shows. One of her hobbies was tole painting, having completed many beautiful pieces. If someone was struggling with trials, she would often say “this too shall pass.”

She is preceded in death by her parents, her brother LC Miles Jr., her sisters, Lois Higbee and Marilyn Fotheringham, her grandson Jared Paul Reber, and her first husband Dan Haycock.

Funeral services will be held on Saturday, September 12, 2020 at 11:00 am at the LDS Church located at 290 W 1045 N, Cedar City, Utah. A viewing will also be held on Saturday from 9:30 – 10:30 am at the same location. Interment will be in the Cedar City Cemetery directly following the funeral. Condolences may be expressed at affordablefuneralservices.com.

To send flowers to the family or plant a tree in memory of Carol Adair (Miles), please visit our Heartfelt Sympathies Store.

Receive notifications about information and event scheduling for Carol

We encourage you to share your most beloved memories of Carol here, so that the family and other loved ones can always see it. You can upload cherished photographs, or share your favorite stories, and can even comment on those shared by others.

Posted Sep 12, 2020 at 08:26pm
Larry, Pat and I were so sad to read of Carol's passing. What a blessing to have known her and the rememberances of our trip to Branson with you two. Wish there could have been more of them. We will cherish the memory of her during her good times and the domino games . Hope to see you soon to give you hug.
Marlan and Pat Roper
Comment Share
Share via:
HS

Posted Sep 11, 2020 at 10:11pm
Our deepest condolences for your loss. Love, Bob and Christie Salmon and Family

Flowers were purchased for the family of Carol Adair. Send Flowers 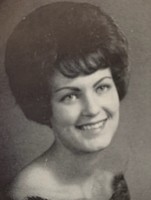