To share your memory on the wall of David Price, sign in using one of the following options:

David was an insurance and investment salesman most of his working years. He was married to Dorothy and they had two boys, John and Wes. After Dorothy’s death, Dave moved to California and there met Betty. They were married and moved back to the east coast. After Betty’s death, David moved to Cedar City, Utah in 1999. David was a faithful member of Community Presbyterian Church and served as a ruling elder. He had many dear friends at the church.

There are no events scheduled. You can still show your support by sending flowers directly to the family, or planting a memorial tree in memory of David Briggs Price.
Plant a Tree

We encourage you to share your most beloved memories of David here, so that the family and other loved ones can always see it. You can upload cherished photographs, or share your favorite stories, and can even comment on those shared by others.

Plant a Tree in Memory of David
Plant a tree 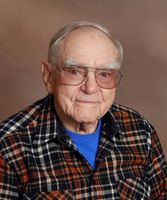