To share your memory on the wall of Jeffrey Johnston, sign in using one of the following options:

There are no events scheduled. You can still show your support by sending flowers directly to the family, or planting a memorial tree in memory of Jeffrey Guy Johnston.
Plant a Tree

We encourage you to share your most beloved memories of Jeffrey here, so that the family and other loved ones can always see it. You can upload cherished photographs, or share your favorite stories, and can even comment on those shared by others.

Posted Dec 19, 2019 at 04:38pm
it seems like yesterday that we were visiting with Jeff & Rocky at the Parowan Cafe. That was on Friday December 6th. We were so shocked to see Jeff’s obituary in the paper. Our condolences.
Pam if you need anything we’re right around the corner.
Comment Share
Share via:
CB

Posted Dec 19, 2019 at 02:14pm
Dear Pam, I can't remember a time that I didn't have the best of times with you and Jeff. But the trip to Ramona was priceless. Of course, Arnie didn't listen and drove our car on some dirt field and the darn car died. Jeff was so sweet to siphon some gas in his mouth and spit on the carburetor to try to start our car. Well to no avail that sh---y car never started. We all had to pile into 2 two tow trucks and headed back to civilization. I still have a classic photo of our guys heads, looking under the hood and me trying to attempt to slaughter Arnie. And what was up with Jeff never sleeping and coming, with Mocha, to our Via la Selva house in the wee hours in the morning?? I won't forget the hot cocoa and popcorn on Atezada. Too many wonderful memories I'll never forget. With all my love and a heavy heart.....Cynthia.

Posted Dec 19, 2019 at 01:16pm
Pam,
Pennie and I just heard about Jeff's passing. We're so very sorry. We really enjoyed working with you and Jeff at KREC many years ago. You and Jeff were two of the friendliest people we've ever known.
Comment Share
Share via:
PM

Posted Dec 17, 2019 at 11:22am
God Bless and Welcome Jeff into Heaven. God Bless Pam and Protect Her. Pam My Thoughts and Prayers are with You.

Posted Dec 17, 2019 at 03:14am
I cannot send our many wonderful memories of Jeff and Pam of our silly and lasting times together thru out our friendship. I will share our love and laughter with Pam at a later time. We were lucky for the we times shared. XOXO Cynthia.
Comment Share
Share via: 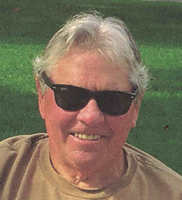 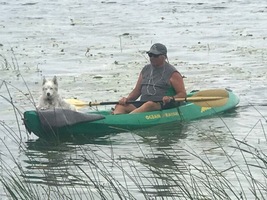