To share your memory on the wall of Pegge A Hunt, sign in using one of the following options:

Provide comfort for the family of Pegge A Hunt with a meaningful gesture of sympathy.

Pegge was an active, loving member of the Trinity Lutheran Church. Each week for many years the alter was graced with her floral arrangements. She was a self-taught landscape painter and through her genius and attention to detail produced many fine paintings which decorated her home, the homes of friends and church. Her home was well appointed with tasteful family heirlooms steeped in history of the 1800’s and early 1900’s and were interesting conversational pieces. A few of her other favorite things were Turner Classic Movies (Tyrone Power was her first heart throb), books: especially English and American history, theater and good music.

Pegge’s greatest loss came as a child at the death of her big brother, a Colonel in the Army. He was killed while leading troops off a landing craft in the Pacific during World War II.

Her most exciting moment was standing in the winner’s circle at Churchill Downs Race Track of the Kentucky Derby fame while vicariously absorbing the haunting sounds of “My Old Kentucky Home” The Call to Post and visualizing the placing of Garland of Roses around Affirmed or Smarty Jones.

Special Thanks to beautiful Brookdale Assisted Living for the comfortable loving care and to Affordable Funeral Services who went beyond professional care to assure Pegge’s historical legacy.

A Memorial Service and Celebration of life will be held at the Trinity Lutheran Church, 410 East 1935 North, Cedar City, Utah at 11:00 am on Saturday September 28, 2019. A reception will follow immediately following the service. In lieu of flowers, donations can be made to Best Friends Animal Sanctuary, 5001 Angel Canyon Rd, Kanab Utah 84741-5000 or on their website at support.bestfriends.org.

Online condolences can be sent to her memorial page at www.affordablefuneralservices.com
Read Less

To send flowers to the family or plant a tree in memory of Pegge A Hunt, please visit our Heartfelt Sympathies Store.

Receive notifications about information and event scheduling for Pegge A Hunt

Receive text or email updates for Pegge A Hunt

We encourage you to share your most beloved memories of Pegge A Hunt here, so that the family and other loved ones can always see it. You can upload cherished photographs, or share your favorite stories, and can even comment on those shared by others.

Posted Dec 15, 2019 at 11:17pm
Growing she was mama Pegge to me. She always had a warm house, warm heart and a delicious dinner. Last time I talked to her, Mother's day,she sounded like her old self. However, she was wondering why she was still of this earth. RIP Mama Pegge. I will miss our occasional banter and sending you pretty flowers.
Dana
Comment Share
Share via: 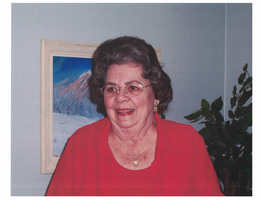 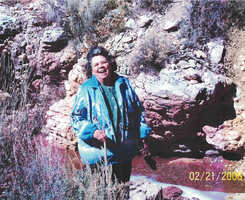 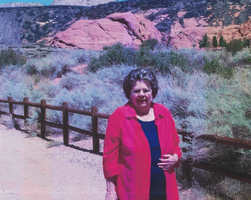