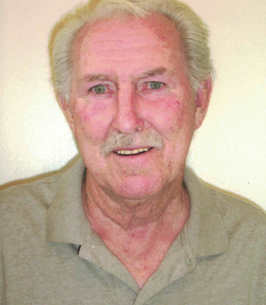 Share this tribute
Memorial Candles Lit for Rudy | SEE ALL
Light a Candle
"We are honored to provide this Book of Memories to the family."
— Affordable Funeral Services
Funeral Details Memory Wall Photos & Videos Send Flowers

He spent time as a Military Police Officer with the US Army Special Forces and United Nations Command during the Korean War. He later worked for the California State Park System where he was eventually promoted to Chief of Maintenance. He became a legend in the park system before he retired after 22 years to New Harmony. He married the love of his life, Chris Baie in 1982.

He was always the life of the party, the person that everyone wanted to be around. He enjoyed the outdoors, and working in his garage. He loved and enjoyed his dogs. His family knows that he will finds his beloved pets waiting at the Rainbow Bridge, so they can cross over together.

He will be loved and missed by all his family and friends. He is survived by his wife, Chris; his sister, Barbara Acton; his son, Mike Baie; his daughter, Stacey Brinkman; and 3 grandchildren.

At Rudy’s request, no services will be held. In lieu of flowers, donations can be sent in his name to Best Friend’s Animal Sanctuary.

To send flowers to the family of Rudy Kent Baie, please visit our Heartfelt Sympathies Store.

We encourage you to share any memorable photos or stories about Rudy. All tributes placed on and purchased through this memorial website will remain on in perpetuity for future generations.

Thank you for sharing!

Provide comfort for the family by sending flowers.

Or use your email:

Share on Facebook
Send flowers to the family
Choose from beautiful standing, table and basket arrangements. Safe and secure online ordering.
View Flower Arrangements
What has already been purchased for the family?
Plant a Tree in Memory of Your Loved One
An Honouring a Life memorial tree is a unique tribute which provides global benefits like no other memorial gift could.
Plant a Tree
Place a Donation
Choose from a Family Preferred Charity or select your own.
Place a Donation
Family Log-In

Connect with families at their time of loss. By subscribing to email updates, you will receive two daily updates containing all new stories, photos, candle lightings, condolences, and more.